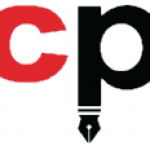 The Yomiuri Shimbun (讀賣新聞/読売新聞) (lit. Reading-selling Newspaper or Selling by Reading Newspaper) is a conservative Japanese newspaper published in Tokyo, Osaka, Fukuoka, and other major Japanese cities. It is one of the five major newspapers in Japan; the other four are the Asahi Shimbun, the Chunichi Shimbun (Tokyo Shimbun) the Mainichi Shimbun, and the Nihon Keizai Shimbun. It is headquartered in Otemachi, Chiyoda, Tokyo.

It is a newspaper that represents Tokyo and is based on conservatism. It is one of Japan’s leading newspapers, along with the Osaka-based liberal (Third way) Asahi Shimbun and the Nagoya-based Social democratic Chunichi Shimbun.

It is published by regional bureaus, all of them subsidiaries of The Yomiuri Shimbun Holdings, Japan’s largest media conglomerate by revenue and the second largest media conglomerate by size behind Sony, which is privately held and controlled, directly and indirectly, by the Shōriki family – descendants and relatives of Matsutarō Shōriki. The Holdings has been owned by the family since Matsutarō Shōriki’s purchase of the newspaper in 1924 (currently owning a total of 45.26% stock); despite its control, the family is not involved in its executive operations.

Founded in 1874, the Yomiuri Shimbun is credited with having the largest newspaper circulation in the world as of 2019,having a morning circulation of 7.7 million as of June 2020.The paper is printed twice a day and in several different local editions.

Yomiuri Shimbun established the Yomiuri Prize in 1949. Its winners have included Yukio Mishima and Haruki Murakami.